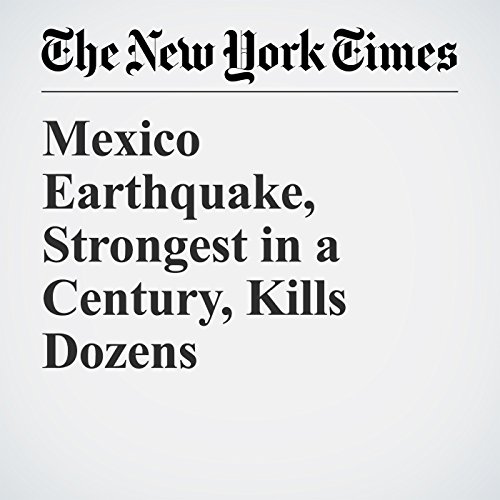 The most powerful earthquake to hit Mexico in 100 years struck off the nation’s Pacific Coast late Thursday, rattling millions of residents in Mexico City with its violent tremors, killing at least 32 people and leveling some areas in the southern part of the country, closer to the quake’s epicenter.

"Mexico Earthquake, Strongest in a Century, Kills Dozens" is from the September 08, 2017 Americas section of The New York Times. It was written by Elisabeth Malkin, Paulina Villegas and Azam Ahmed and narrated by Mike DelGaudio.