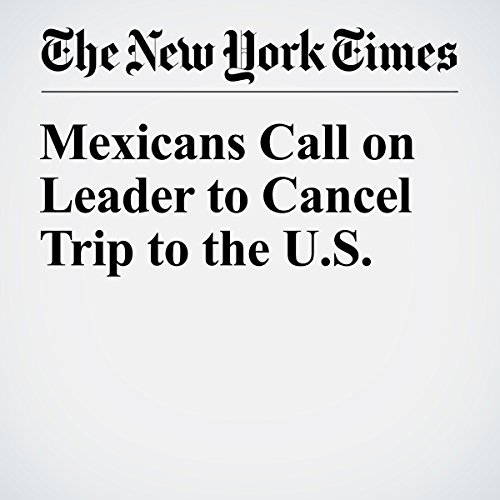 With just a few strokes of the pen Wednesday, the new U.S. president signed an executive order to beef up the nation’s deportation force and start construction on a new wall between the nations. Adding to the perceived insult was the timing of the order: It came on the first day of talks between top Mexican officials and their counterparts in Washington, and just days before a meeting between the two countries’ presidents.

""Mexicans Call on Leader to Cancel Trip to the U.S." is from the January 25, 2017 World section of The New York Times. It was written by Azam Ahmed and narrated by Kristi Burns.