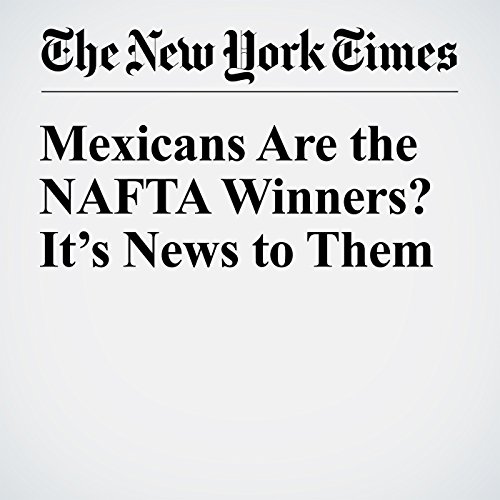 The workforce has grown, churning out refrigerators that look more like robots than the simple models of his early career. Fueling the changes was a free-trade agreement among Mexico, Canada and the United States that promised to lift Mexico into the future.

""Mexicans Are the NAFTA Winners? It’s News to Them" is from the January 04, 2017 World section of The New York Times. It was written by Azam Ahmed and Elisabeth Malkin and narrated by Kristi Burns.