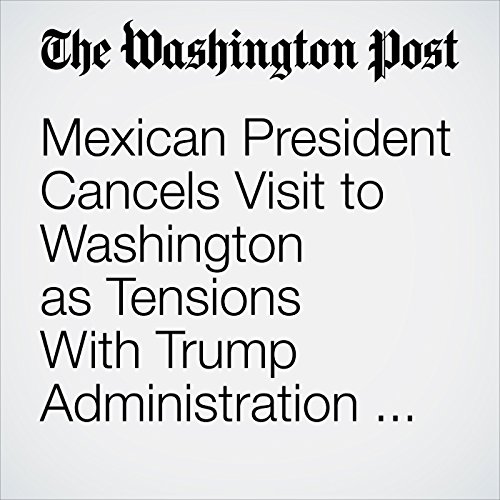 Mexican President Enrique Peña Nieto on Thursday canceled a planned visit to the White House amid outrage in Mexico about President Trump’s efforts to start building a border wall, in what appeared to be one of the most serious rifts in years between Washington and a critical ally.

"Mexican President Cancels Visit to Washington as Tensions With Trump Administration Intensify" is from the January 26, 2017 World section of The Washington Post. It was written by Joshua Partlow and Philip Rucker and narrated by Sam Scholl.