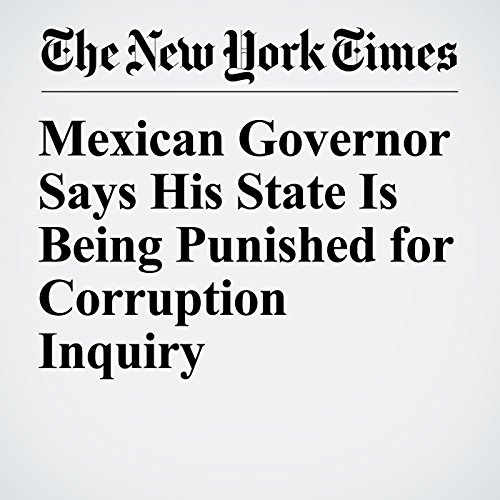 A Mexican governor said Monday that the government of President Enrique Peña Nieto was denying his state vital resources in order to quash a corruption investigation that reaches the highest ranks of the nation’s governing party.

"Mexican Governor Says His State Is Being Punished for Corruption Inquiry" is from the January 08, 2018 World section of The New York Times. It was written by Azam Ahmed and Paulina Villegas and narrated by Keith Sellon-Wright.