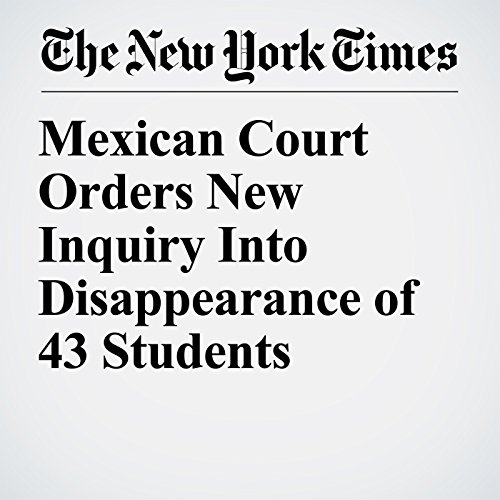 MEXICO CITY — A federal court in Mexico ordered the government on Monday to investigate the 2014 disappearances of 43 college students again, but this time under the supervision of a truth commission to be led by the nation’s top human rights body and parents of the victims.

"Mexican Court Orders New Inquiry Into Disappearance of 43 Students" is from the June 05, 2018 World section of The New York Times. It was written by Azam Ahmed and narrated by Keith Sellon-Wright.