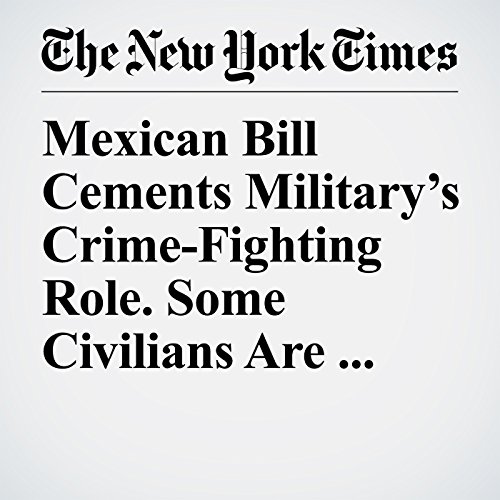 Mexican legislators are preparing to write the military’s role in the drug war into law, drawing fire from critics who say the legislation will keep soldiers on Mexico’s streets indefinitely and lead to the suspension of basic civil rights.

"Mexican Bill Cements Military’s Crime-Fighting Role. Some Civilians Are Uneasy." is from the November 29, 2017 World section of The New York Times. It was written by Elisabeth Malkin and narrated by Archie Montgomery.