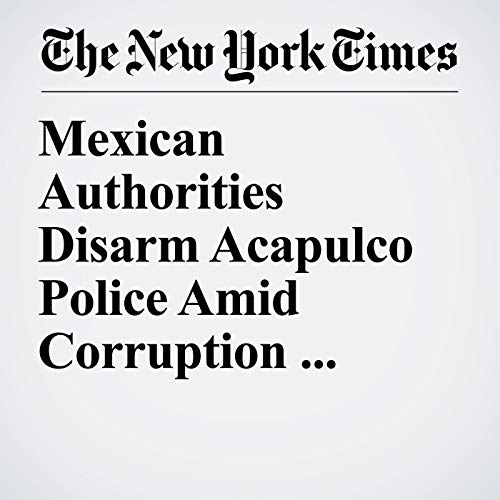 MEXICO CITY — The federal and state police, backed by the Mexican army, took over security in the Pacific Coast city of Acapulco on Tuesday, responding to suspicions that the city police force had been infiltrated by organized crime, authorities said.

"Mexican Authorities Disarm Acapulco Police Amid Corruption Inquiry" is from the September 26, 2018 World section of The New York Times. It was written by Elisabeth Malkin and narrated by Kristi Burns.