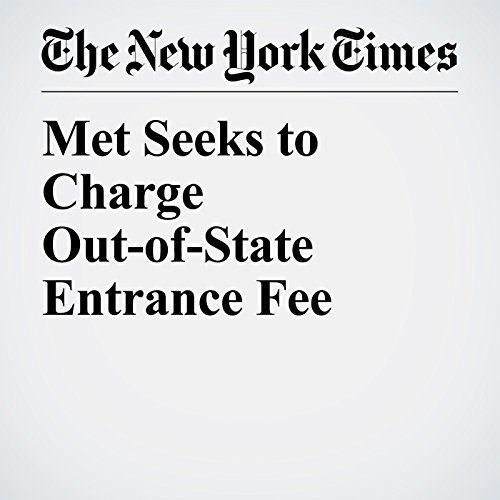 The Metropolitan Museum of Art has moved one step closer to mandatory admission fees: It filed a formal proposal with the city this week to charge admission to out-of-state visitors, a lawyer revealed in a court hearing Friday, a controversial idea given that the Met is in part supported by tax dollars and currently has only a “suggested” entrance fee.

"Met Seeks to Charge Out-of-State Entrance Fee" is from the May 05, 2017 Arts section of The New York Times. It was written by Robin Pogrebin and narrated by Keith Sellon-Wright.