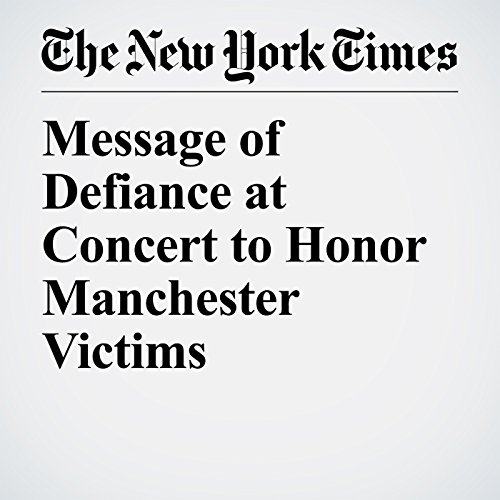 The message onstage and in the crowd at “One Love Manchester,” a benefit concert for victims of the Manchester attack that was hosted by the pop star Ariana Grande, was one of defiance.

"Message of Defiance at Concert to Honor Manchester Victims" is from the June 04, 2017 Entertainment section of The New York Times. It was written by Christopher D. Shea and narrated by Keith Sellon-Wright.