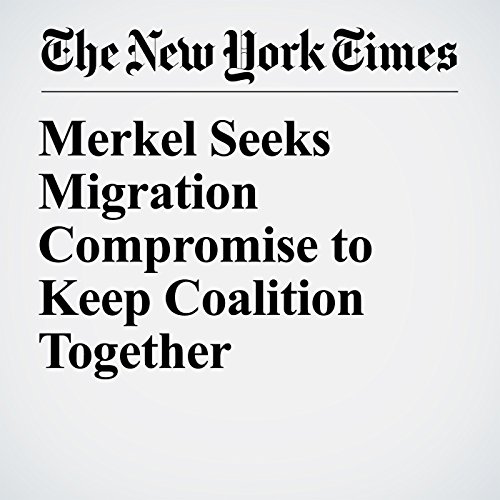 BERLIN — Chancellor Angela Merkel and her rebellious interior minister huddled with their parties Monday in an effort to defuse a brewing dispute over her refugee policy that is threatening to bring down the German government only three months after it was sworn in.

"Merkel Seeks Migration Compromise to Keep Coalition Together" is from the June 18, 2018 World section of The New York Times. It was written by Melissa Eddy and narrated by Kristi Burns.