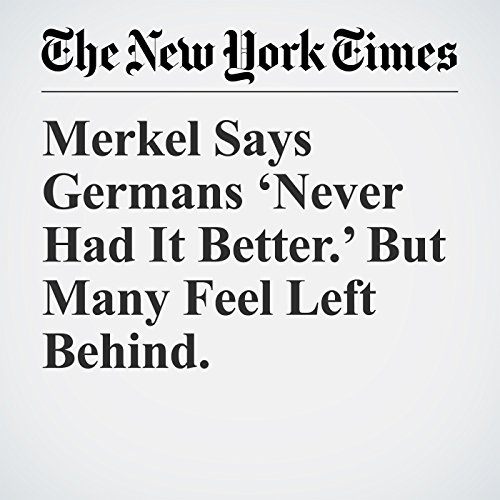 In her campaign speeches, Chancellor Angela Merkel loves to tell potential voters in next week’s election that they are living in the best Germany ever. Last year she boasted to parliament that Germans “have never had it better.”

"Merkel Says Germans ‘Never Had It Better.’ But Many Feel Left Behind." is from the September 21, 2017 World section of The New York Times. It was written by Melissa Eddy and narrated by Kristi Burns.