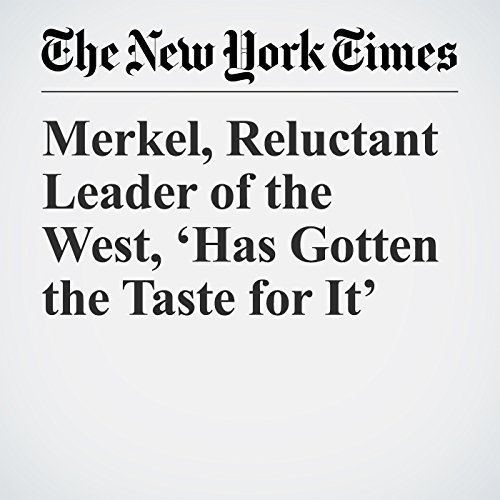 Chancellor Angela Merkel of Germany recoils from the idea that she is now, almost de facto, the leader of the Western world, the defender of trans-Atlantic alliances and multilateralism. But like it or not, she and the country she will lead for a fourth term have become global actors.

"Merkel, Reluctant Leader of the West, ‘Has Gotten the Taste for It’" is from the September 24, 2017 World section of The New York Times. It was written by Steven Erlanger and narrated by Kristi Burns.

Cosa pensano gli ascoltatori di Merkel, Reluctant Leader of the West, ‘Has Gotten the Taste for It’