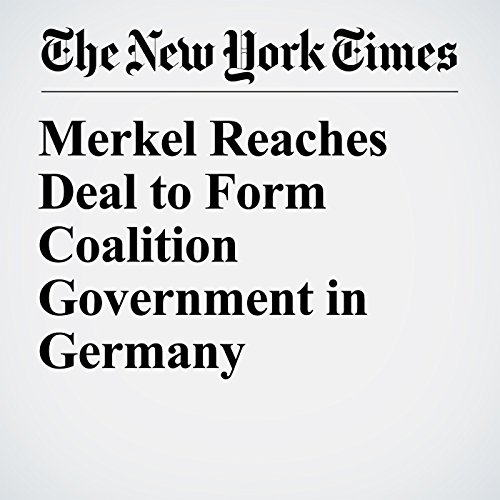 Chancellor Angela Merkel of Germany agreed on a coalition deal on Wednesday with her previous governing partners, including the Social Democrats, bringing her within striking distance of forming a new government after five months of political limbo. But the pact came at a steep price for her conservative party, which gave up the powerful Finance Ministry.

"Merkel Reaches Deal to Form Coalition Government in Germany" is from the February 07, 2018 World section of The New York Times. It was written by Christopher F. Schuetze, Katrin Bennhold and narrated by Keith Sellon-Wright.