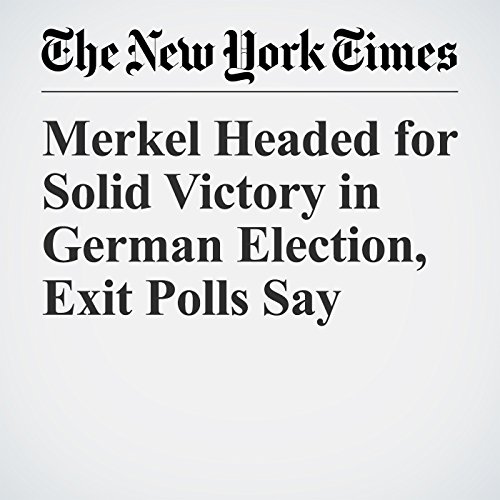 Angela Merkel is headed toward a fourth term as German chancellor, according to normally reliable exit polls released just after the polls closed in Germany.

"Merkel Headed for Solid Victory in German Election, Exit Polls Say" is from the September 24, 2017 World section of The New York Times. It was written by Steven Erlanger and Melissa Eddy and narrated by Kristi Burns.