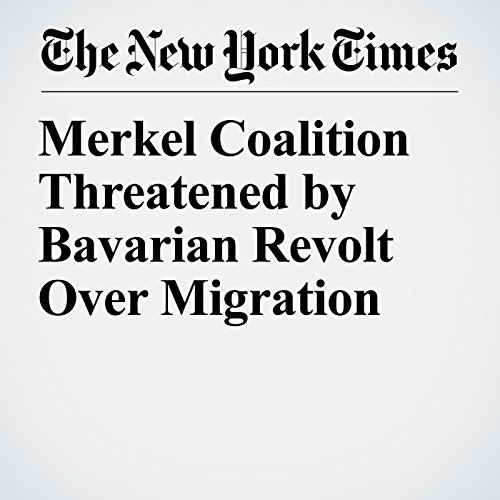 BERLIN — The populist surge that has left Hungary, Austria and Italy threatening to close their borders to migrants has now spread to Germany, where it is threatening to bring down Chancellor Angela Merkel and further unhinge Europe Union’s cohesion and stability.

"Merkel Coalition Threatened by Bavarian Revolt Over Migration" is from the June 15, 2018 World section of The New York Times. It was written by Katrin Bennhold and narrated by Fleet Cooper.