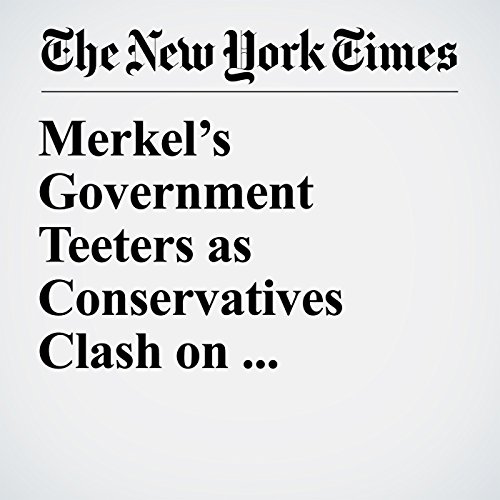 BERLIN — Chancellor Angela Merkel of Germany struggled to keep her government together Monday after her rebellious Bavarian interior minister first threatened to resign, then backtracked, and finally gave her a second ultimatum on creating a hard border with Austria to stem the flow of migrants.

"Merkel’s Government Teeters as Conservatives Clash on Migration" is from the July 02, 2018 World section of The New York Times. It was written by Katrin Bennhold and Melissa Eddy and narrated by Kristi Burns.