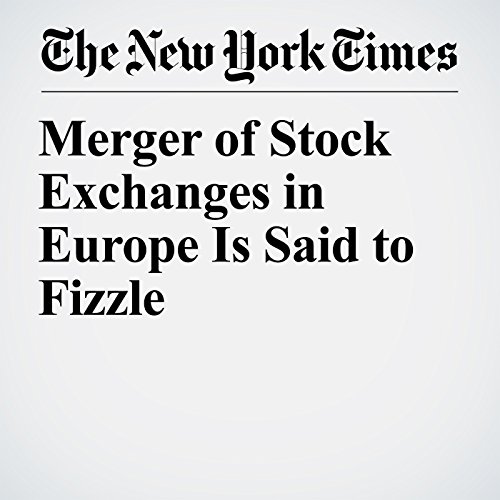 Merger of Stock Exchanges in Europe Is Said to Fizzle

The London Stock Exchange Group said late on Sunday that European regulators were unlikely to approve its merger with Deutsche Borse, which would have created a European heavyweight in a rapidly consolidating industry.

"Merger of Stock Exchanges in Europe Is Said to Fizzle" is from the February 26, 2017 Business section of The New York Times. It was written by Chad Bray and narrated by Fleet Cooper.