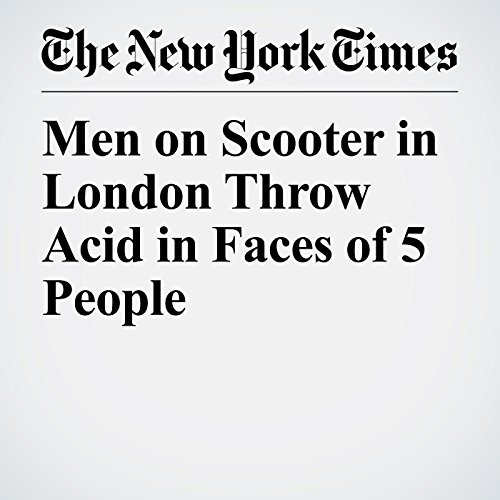 Two young men raced through London on a scooter and threw acid in the faces of five people apparently chosen at random late Thursday, according to police.

"Men on Scooter in London Throw Acid in Faces of 5 People" is from the July 14, 2017 World section of The New York Times. It was written by Rod Nordland and narrated by Mike DelGaudio.