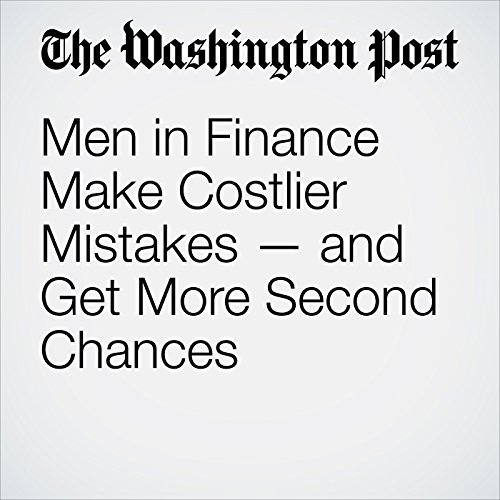 Data show men in the financial industry are three times as likely as women to engage in misconduct: fraud, negligence, risky investments. On average, they commit errors that are 30 percent more expensive to their firms. And they’re twice as likely to offend again.

"Men in Finance Make Costlier Mistakes — and Get More Second Chances" is from the March 14, 2017 National section of The Washington Post. It was written by Danielle Paquette and narrated by Jenny Hoops.