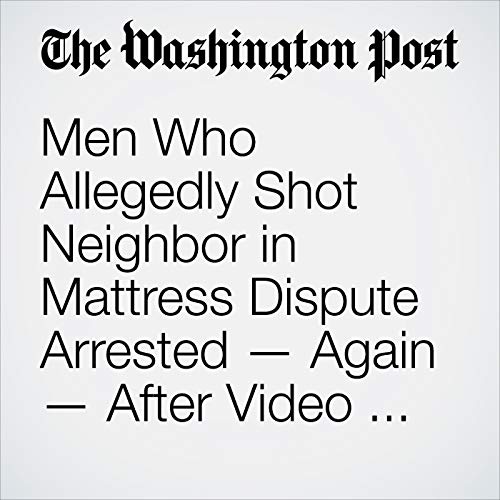 Two men charged with murder in a deadly dispute between neighbors in Abilene, Tex., were arrested for a second time after video of the shooting made national headlines.

"Men Who Allegedly Shot Neighbor in Mattress Dispute Arrested — Again — After Video Surfaces" is from the September 22, 2018 National section of The Washington Post. It was written by Reis The bault and narrated by Sam Scholl.