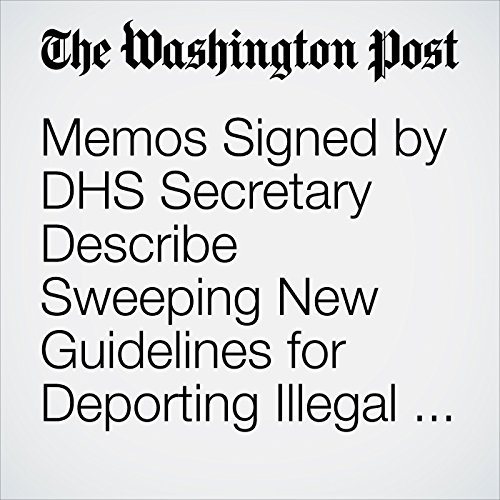 "Memos Signed by DHS Secretary Describe Sweeping New Guidelines for Deporting Illegal Immigrants" is from the February 18, 2017 Politics section of The Washington Post. It was written by David Nakamura and narrated by Sam Scholl.