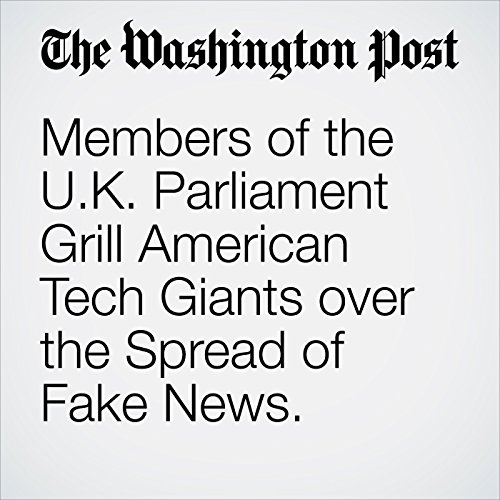 Eleven members of parliament from the United Kingdom journeyed to a large ballroom in Washington D.C. Thursday to learn about fake news from three U.S. social media giants, Google, Facebook and Twitter. The meeting was unusual — the official parliamentary session was the first time a House of Commons committee broadcast a public hearing live from outside the United Kingdom. And it wasn't exactly cordial.

"Members of the U.K. Parliament Grill American Tech Giants over the Spread of Fake News." is from the February 08, 2018 Technology section of The Washington Post. It was written by Hamza Shaban and narrated by Jenny Hoops.