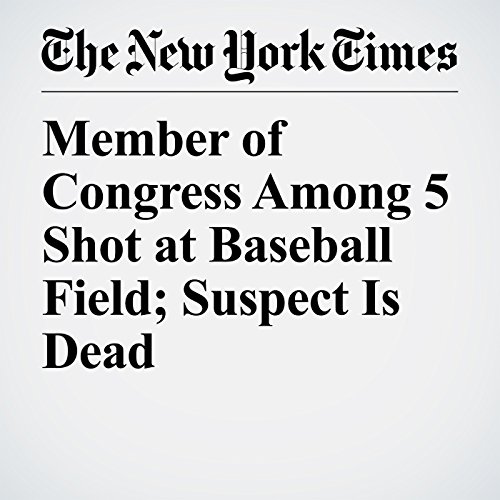 Member of Congress Among 5 Shot at Baseball Field; Suspect Is Dead

A lone gunman opened fire on Republican members of the congressional baseball team at a practice field in a Washington suburb Wednesday, using a rifle to shower the field with bullets that struck five people, including Rep. Steve Scalise, the majority whip of the House of Representatives.

"Member of Congress Among 5 Shot at Baseball Field; Suspect Is Dead" is from the June 14, 2017 U.S. section of The New York Times. It was written by Michael D. Shear, Adam Goldman and Emily Cochrane and narrated by Keith Sellon-Wright.