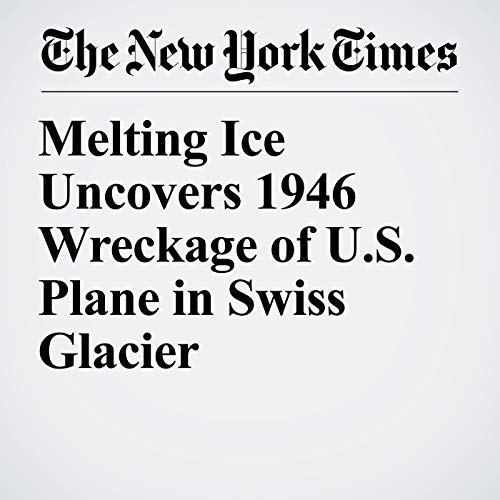 LONDON — After an emergency landing on a Swiss glacier, the group of 12 Americans drank melted snow and survived on rations of one chocolate bar a person until daring pilots shuttled them to safety after five days marooned on the ice.

"Melting Ice Uncovers 1946 Wreckage of U.S. Plane in Swiss Glacier" is from the August 16, 2018 World section of The New York Times. It was written by Palko Karasz and narrated by Kristi Burns.