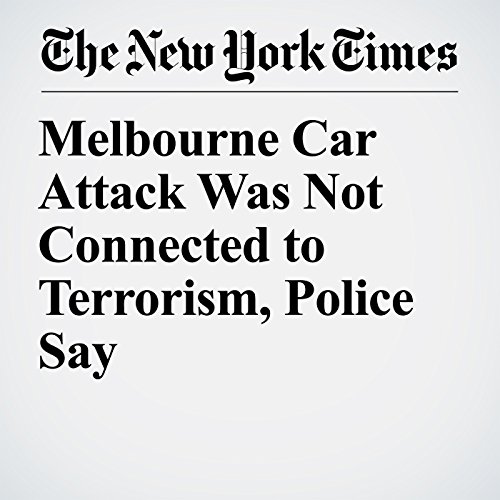 Melbourne Car Attack Was Not Connected to Terrorism, Police Say

The driver of an SUV who plowed into a crowd on a busy Melbourne street on Thursday, injuring 19 people, was mentally ill, Australian officials said, describing the attack as a deliberate “act of evil” but not terrorism.

"Melbourne Car Attack Was Not Connected to Terrorism, Police Say" is from the December 21, 2017 World section of The New York Times. It was written by Tacey Rychter and Gerry Mullany and narrated by Keith Sellon-Wright.