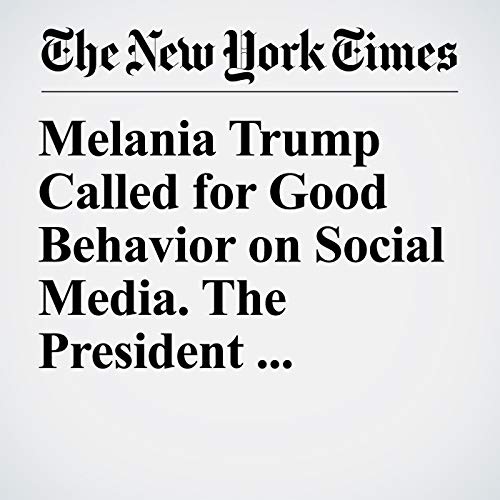 Under the banner of her “Be Best” campaign, Melania Trump, the first lady, told a group of cyberbullying prevention experts Monday that social media “can be destructive and harmful when used incorrectly.”Just after she spoke, President Donald Trump unleashed a barrage of tweets in which he called the former CIA director a “hack” and mocked the effectiveness of the Justice Department, among other digital insults on a day of dissonant messaging from the Trump White House.

"Melania Trump Called for Good Behavior on Social Media. The President Unleashed More Attacks on Twitter." is from the August 20, 2018 U.S. section of The New York Times. It was written by Katie Rogers and narrated by Keith Sellon-Wright.