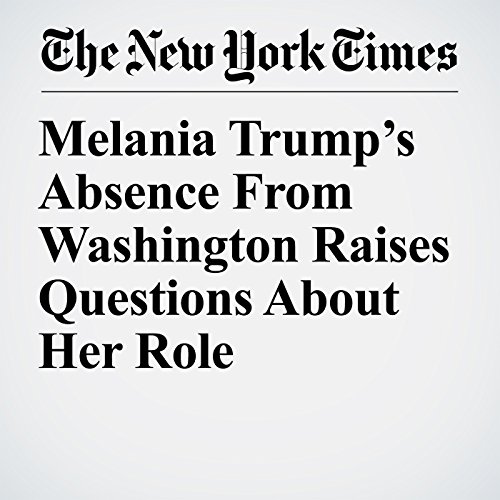 When President Donald Trump traveled to Dover Air Force Base in Delaware this week to pay respects to a fallen member of the Navy SEALs, it was his daughter Ivanka — not his wife, Melania — who accompanied him.

"Melania Trump’s Absence From Washington Raises Questions About Her Role" is from the February 02, 2017 U.S. section of The New York Times. It was written by Julie Hirschfeld Davis and narrated by Caroline Miller.