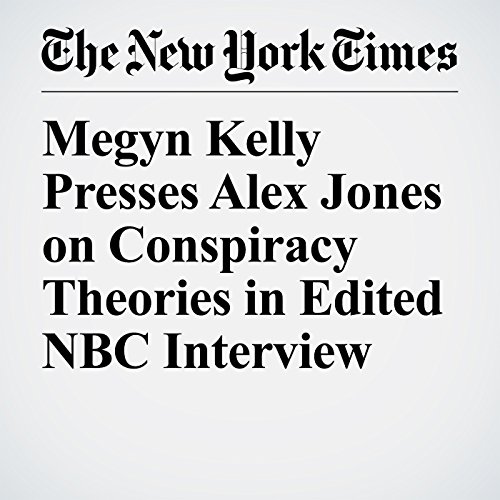 For viewers who had never heard of Alex Jones before Sunday evening, Megyn Kelly’s much-hyped interview with him on NBC did not paint a flattering picture.

"Megyn Kelly Presses Alex Jones on Conspiracy Theories in Edited NBC Interview" is from the June 18, 2017 Business section of The New York Times. It was written by Michael M. Grynbaum and narrated by Keith Sellon-Wright.