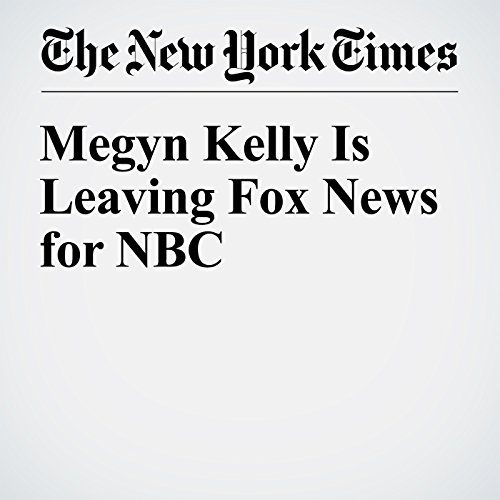 For Megyn Kelly, the shift from Fox News to NBC — where she will host a daily daytime show and a Sunday newsmagazine program — will be a test of whether she can connect with a broader audience in a different format and reach another level of television stardom.

"Megyn Kelly Is Leaving Fox News for NBC" is from the January 04, 2017 Business section of The New York Times. It was written by Jim Rutenberg and narrated by Fleet Cooper.