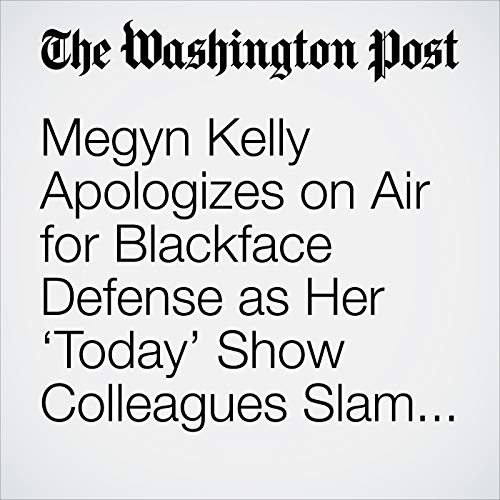 After igniting controversy on Tuesday with her defense of blackface for a Halloween costume, Megyn Kelly offered an apology on NBC’s “Megyn Kelly Today” Wednesday morning.

"Megyn Kelly Apologizes on Air for Blackface Defense as Her ‘Today’ Show Colleagues Slam Her Remarks" is from the October 24, 2018 Arts and Entertainment section of The Washington Post. It was written by Emily Yahr and narrated by Sam Scholl.