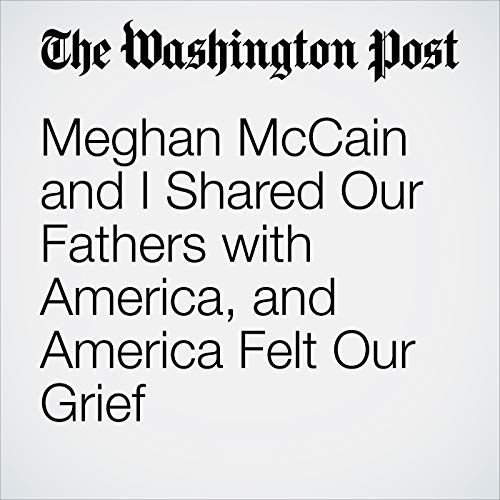 Meghan McCain and I Shared Our Fathers with America, and America Felt Our Grief

Days after the services for my father, Ronald Reagan, concluded — so similar to what we saw for Sen. John McCain (R-Ariz.) this week — a woman I didn’t know came up to me and said, “We needed this grief. Our country needed to stop and grieve right now. Your father’s passing gave that to us.” Of all the things that people said to me in the aftermath, that has stuck with me throughout the years. I thought of it again this week as I watched McCain’s flag-draped coffin, heard the military bugles and had moments of deja vu as the solemn procession of family members followed the stalwart service members entrusted with carrying his body. Caskets are heavy; it’s not easy being a pallbearer. Grief is heavy too, but it’s also illuminating and transformative. It is, at moments, a quiet place to rest from the noisy chaos of the world.

"Meghan McCain and I Shared Our Fathers with America, and America Felt Our Grief" is from the September 01, 2018 Opinion section of The Washington Post. It was written by Patti Davis and narrated by Kristi Burns.

Cosa pensano gli ascoltatori di Meghan McCain and I Shared Our Fathers with America, and America Felt Our Grief