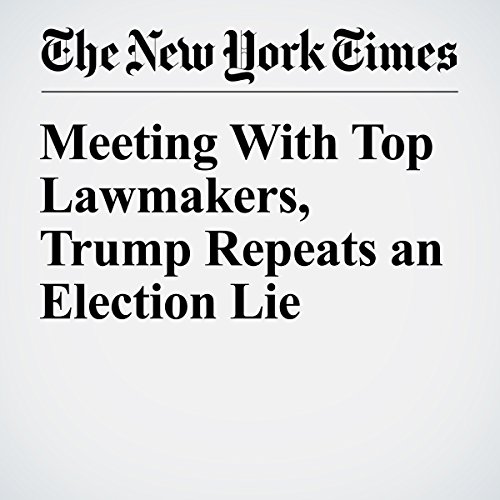 President Donald Trump used his first official meeting with congressional leaders on Monday to falsely claim that millions of unauthorized immigrants had robbed him of a popular vote majority, a return to his obsession with the election’s results even as he seeks support for his legislative agenda.

"Meeting With Top Lawmakers, Trump Repeats an Election Lie" is from the January 23, 2017 United States section of The New York Times. It was written by Michael D. Shear and Emmarie Huetteman and narrated by Caroline Miller.