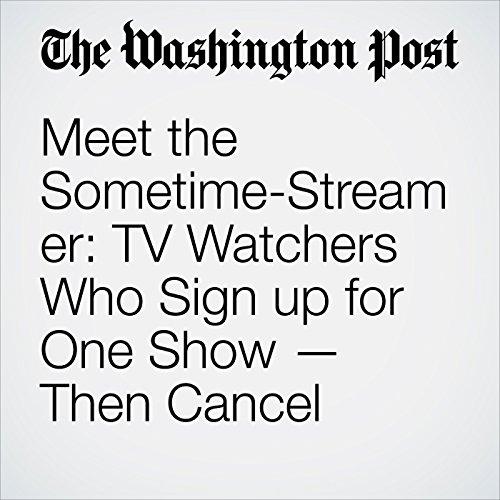 Winter has finally come for “Game of Thrones,” whose latest season finale, which aired Sunday, left the land of Westeros in as deep a crisis as it's seen in thousands of years. But with the HBO fantasy series now on hiatus until at least the end of 2018, some viewers say they're taking a break from HBO entirely — highlighting a challenge facing many entertainment companies in an era of constant stimulation and on-demand digital services.

"Meet the Sometime-Streamer: TV Watchers Who Sign up for One Show — Then Cancel" is from the August 28, 2017 The Switch section of The Washington Post. It was written by Brian Fung and narrated by Sam Scholl.

Cosa pensano gli ascoltatori di Meet the Sometime-Streamer: TV Watchers Who Sign up for One Show — Then Cancel