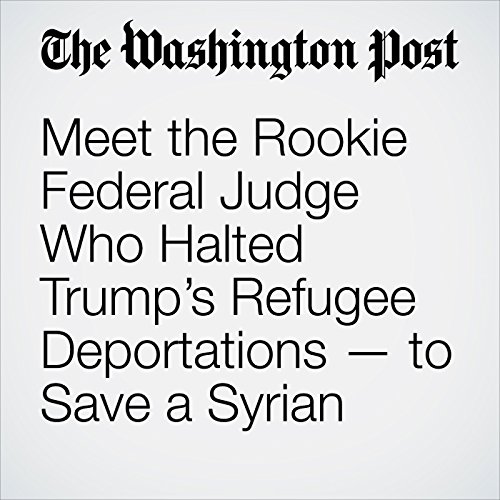 She made no great news for a full year on the federal bench — until Saturday evening, when protesters thronged major U.S. airports and an executive with the American Civil Liberties Union tweeted directions to Donnelly’s courthouse.

"Meet the Rookie Federal Judge Who Halted Trump’s Refugee Deportations — to Save a Syrian" is from the January 29, 2017 Politics section of The Washington Post. It was written by Avi Selk and narrated by Sam Scholl.