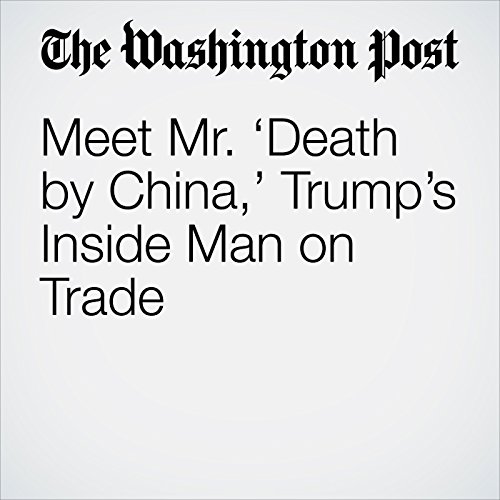 Navarro’s ideas have been widely criticized by other economists. “The biggest source of U.S. economic challenges and the biggest set of solutions are to be found in domestic policy,” said Jason Furman, chairman of the Council of Economic Advisers under President Barack Obama. “While international issues and a level playing field all matter, China is not the source of every problem, nor is doing something about China the answer to every problem.”

"Meet Mr. ‘Death by China,’ Trump’s Inside Man on Trade" is from the February 17, 2017 Business section of The Washington Post. It was written by Steven Mufson and narrated by Jill Melancon.