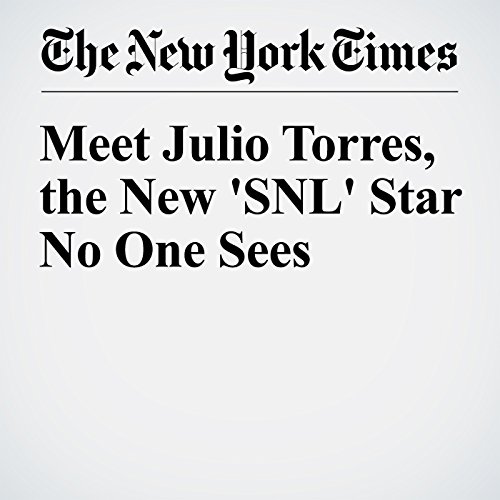 Meet Julio Torres, the New 'SNL' Star No One Sees

At a sleepy show last month in the grim basement of the Broadway Comedy Club, a Midtown spot that feels frozen in time from the 1980s comedy boom, Julio Torres looked at his feet, speaking to a small crowd in a near monotone. “The hardest part about being vegan is the apologies,” he said, to silence. “People ask if I miss meat or dairy. I miss being liked.”

"Meet Julio Torres, the New 'SNL' Star No One Sees" is from the January 13, 2017 Entertainment section of The New York Times. It was written by Jason Zinoman and narrated by Paul Ryden.