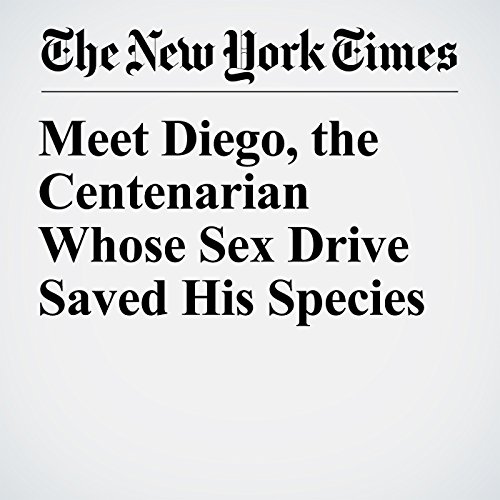 Diego has fathered hundreds of progeny — 350 by conservative counts, some 800 by more imaginative estimates. Whatever the figure, it is welcome news for his species, Chelonoidis hoodensis, which was stumbling toward the brink of extinction in the 1970s. Barely more than a dozen of his kin were left then, most of them female.

"Meet Diego, the Centenarian Whose Sex Drive Saved His Species" is from the March 12, 2017 International section of The New York Times. It was written by Nicholas Casey and narrated by Keith Sellon-Wright.