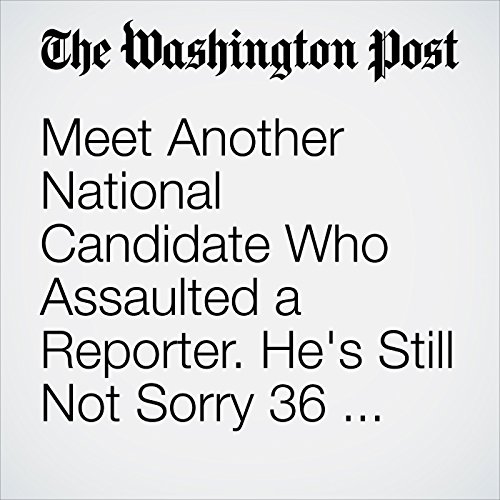 Gianforte, if you somehow haven't heard by now, is the Republican congressional candidate from Montana who was charged with misdemeanor assault Wednesday after he allegedly grabbed a newspaper reporter by the throat and slammed him to the ground.

"Meet Another National Candidate Who Assaulted a Reporter. He's Still Not Sorry 36 Years Later." is from the May 25, 2017 Politics section of The Washington Post. It was written by Callum Borchers and narrated by Sam Scholl.