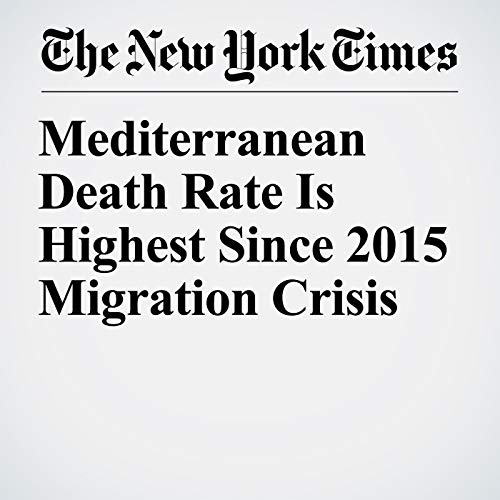 LONDON — The sea journey between North Africa and Italy is now deadlier than at any point since the peak of the European migration crisis in 2015, even as unauthorized migration along the route has fallen to its lowest level in the same period, according to data released Monday by the United Nations.

"Mediterranean Death Rate Is Highest Since 2015 Migration Crisis" is from the September 03, 2018 World section of The New York Times. It was written by Patrick Kingsley and narrated by Kristi Burns.