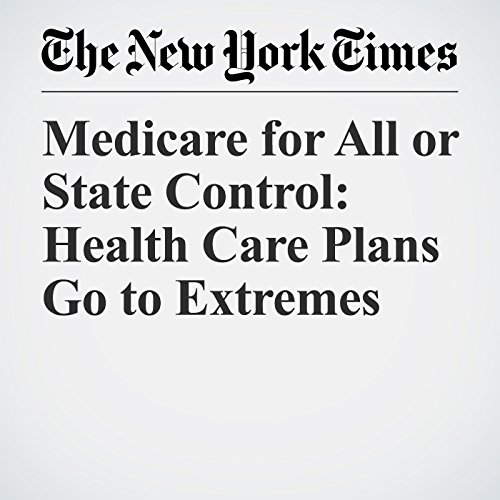 Liberals and conservatives in Congress were planning on Wednesday to set forth two radically different proposals for health care: a huge expansion of Medicare, which would open the program to all Americans, and a rollback of the Affordable Care Act, which would give each state a lump sum of federal money with sweeping new discretion over how to use it.

"Medicare for All or State Control: Health Care Plans Go to Extremes" is from the September 13, 2017 U.S. section of The New York Times. It was written by Robert Pear and narrated by Keith Sellon-Wright.