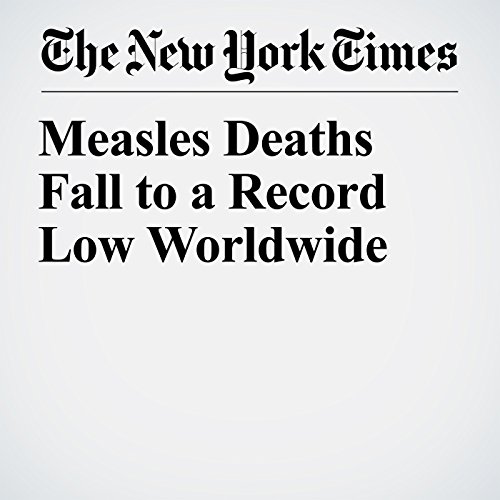 For the first time in history, annual deaths around the globe from measles have fallen below 100,000, the World Health Organization announced this year. As recently as the 1980s, measles killed 2.6 million people a year. The decline — a public health triumph, as measles has long been a leading killer of malnourished children — was accomplished by widespread donor-supported vaccination that began in the early 2000s.

"Measles Deaths Fall to a Record Low Worldwide" is from the December 26, 2017 World section of The New York Times. It was written by Donald G. McNeil Jr. and narrated by Keith Sellon-Wright.