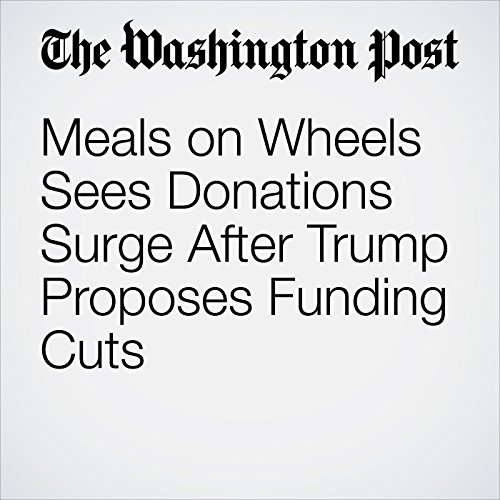 Senior citizens in one suburb could see Meals on Wheels deliveries cut in half if President Trump’s budget cuts become reality, a spokeswoman for the network told CNN, as it anticipated “deep cuts” to a nonprofit that serves 2.4 million Americans.

"Meals on Wheels Sees Donations Surge After Trump Proposes Funding Cuts" is from the March 19, 2017 National section of The Washington Post. It was written by Avi Selk and narrated by Sam Scholl.