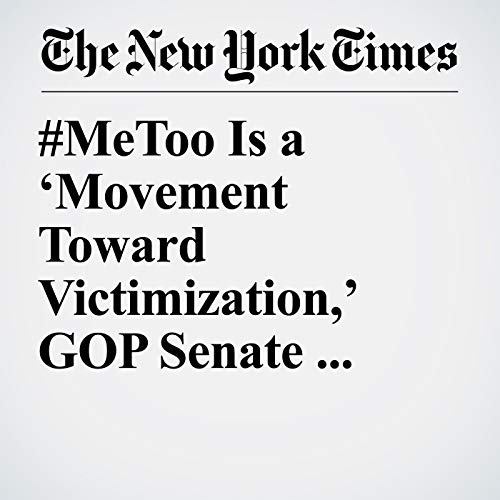 #MeToo Is a ‘Movement Toward Victimization,’ GOP Senate Candidate Says

BISMARCK, N.D. — Rep. Kevin Cramer, R-N.D., has repeatedly made headlines this year in his race against Sen. Heidi Heitkamp, D-N.D., because of off-the-cuff comments that range from inflammatory to indelicate. But his latest provocation on sexual misconduct sparked a furious and tearful rejoinder from Heitkamp on Sunday, one day after she voted to oppose the Supreme Court nomination of Justice Brett Kavanaugh.

"#MeToo Is a ‘Movement Toward Victimization,’ GOP Senate Candidate Says" is from the October 08, 2018 U.S. section of The New York Times. It was written by Jonathan Martin and narrated by Kristi Burns.