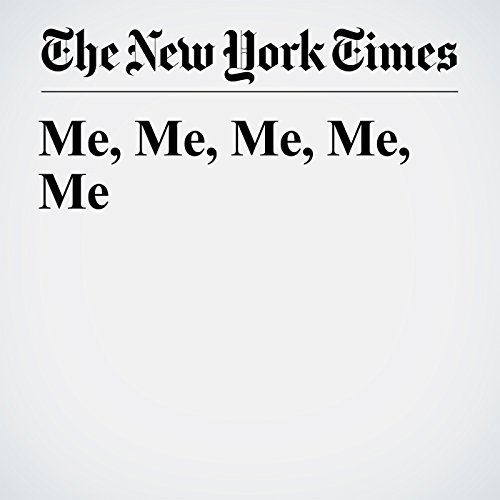 There’s no topic that Trump can’t bring back around to himself, no cause as compelling as his own. And while I and many others have examined his outsize egomania before, its migration into his administration can’t be noted too often or overstated.

"Me, Me, Me, Me, Me" is from the February 04, 2017 Opinion section of The New York Times. It was written by Frank Bruni and narrated by Caroline Miller.