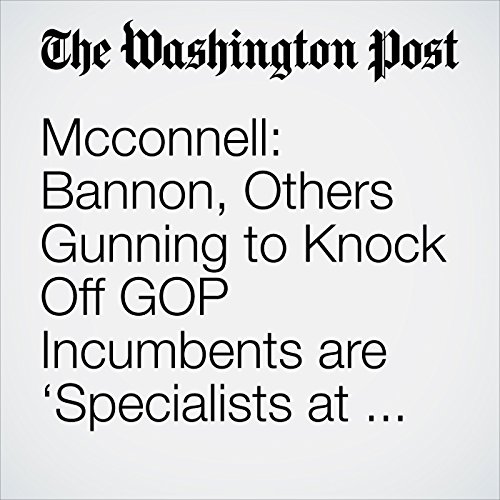 "McConnell: Bannon, Others Gunning to Knock Off GOP Incumbents are ‘Specialists at Nominating People Who Lose’" is from the October 22, 2017 Politics section of The Washington Post. It was written by John Wagner and Tory Newmyer and narrated by Sam Scholl.