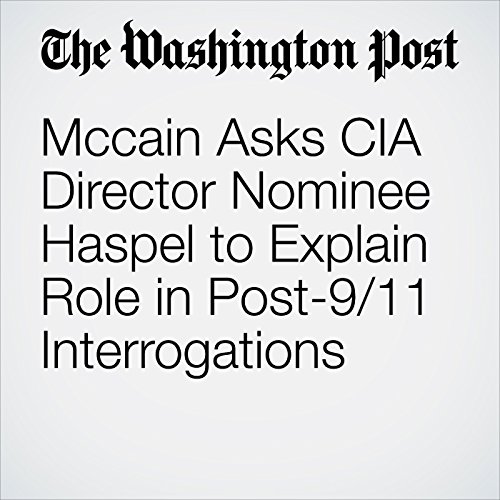 Sen. John McCain, whose experience as a prisoner of war in Vietnam has established him as Congress’s moral conscience on torture, asked CIA director nominee Gina Haspel to detail her role in the agency’s enhanced interrogation program.

"Mccain Asks CIA Director Nominee Haspel to Explain Role in Post-9/11 Interrogations" is from the March 23, 2018 Politics section of The Washington Post. It was written by Karoun Demirjian and narrated by Jenny Hoops.