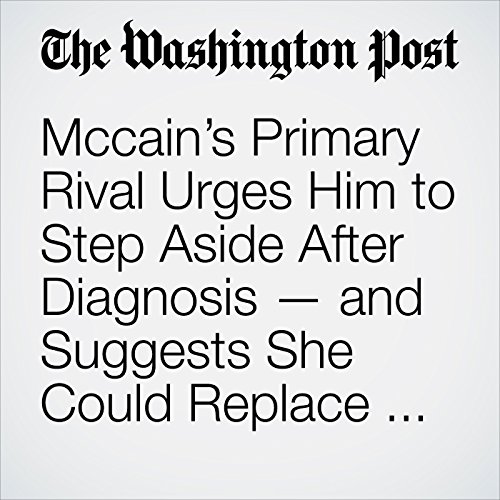 A day after news came out about Sen. John McCain’s (R-Ariz.) brain cancer diagnosis, his onetime political opponent urged the ailing senator to think about his political future sooner rather than later — and expressed interest in the possibility of her taking over his Senate seat.

"Mccain’s Primary Rival Urges Him to Step Aside After Diagnosis — and Suggests She Could Replace Him" is from the July 22, 2017 Politics section of The Washington Post. It was written by Kristine Phillips and narrated by Sam Scholl.