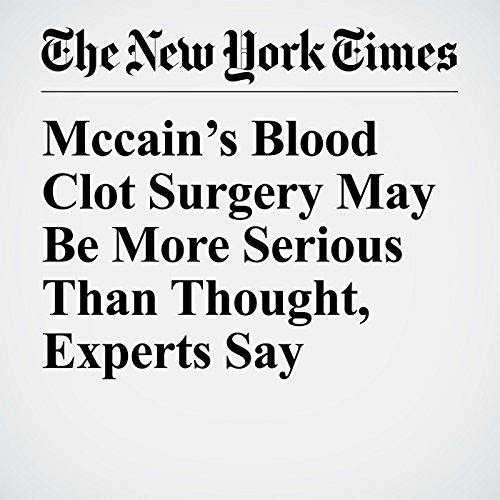 The condition for which Sen. John McCain had surgery Friday may be more serious than initial descriptions have implied, and it may delay his return to Washington by at least a week or two, medical experts said Sunday.

"Mccain’s Blood Clot Surgery May Be More Serious Than Thought, Experts Say" is from the July 16, 2017 U.S. section of The New York Times. It was written by Denise Grady and Robert Pear and narrated by Keith Sellon-Wright.