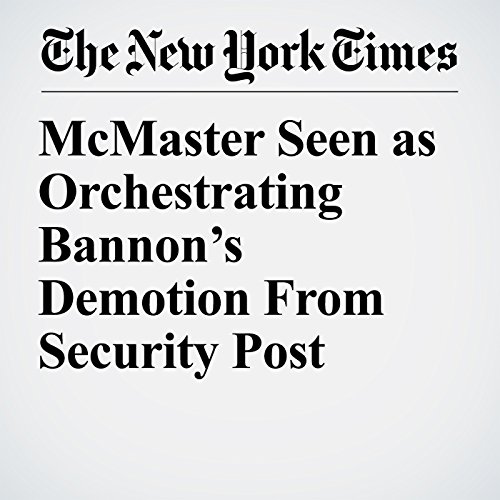 For the first 10 weeks of President Trump’s administration, no adviser loomed larger in the public imagination than Stephen K. Bannon, the raw and rumpled former chairman of Breitbart News who considers himself a “virulently anti-establishment” revolutionary out to destroy the “administrative state.”

"McMaster Seen as Orchestrating Bannon’s Demotion From Security Post" is from the April 05, 2017 U.S. section of The New York Times. It was written by Peter Baker, Maggie Haberman and Glenn Thrush and narrated by Barbara Benjamin-Creel.